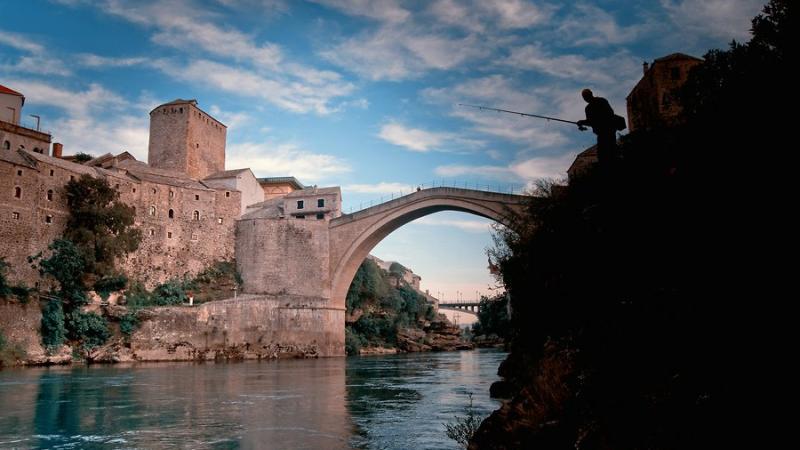 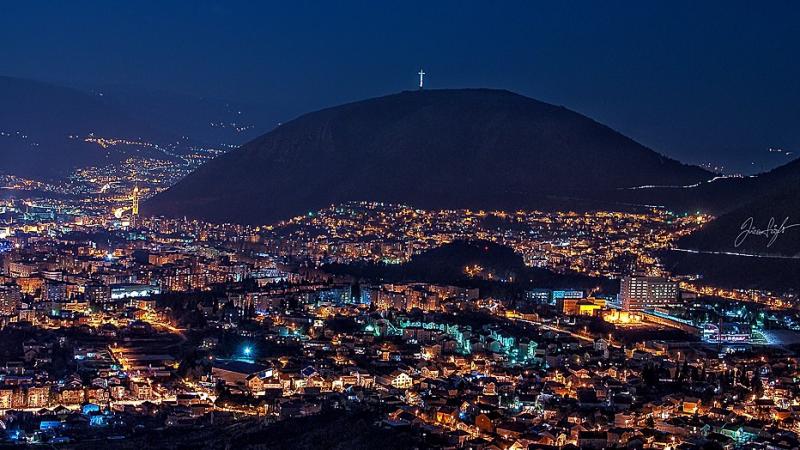 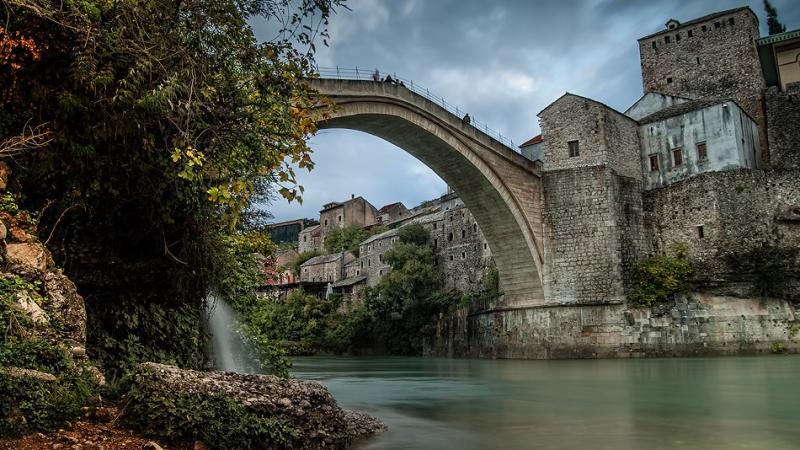 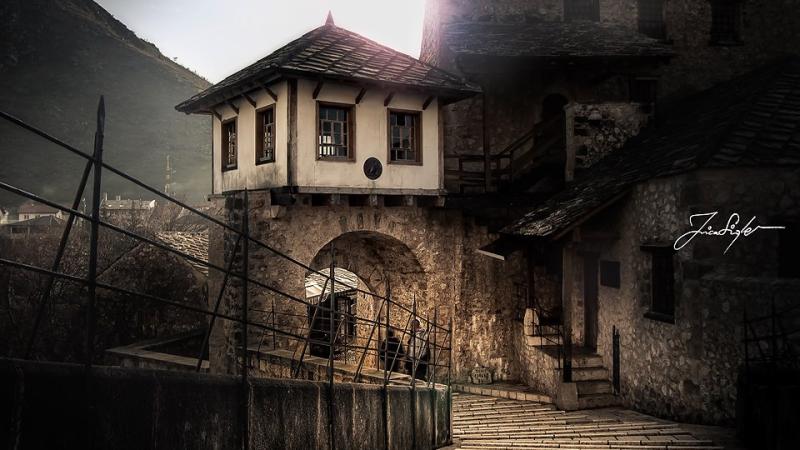 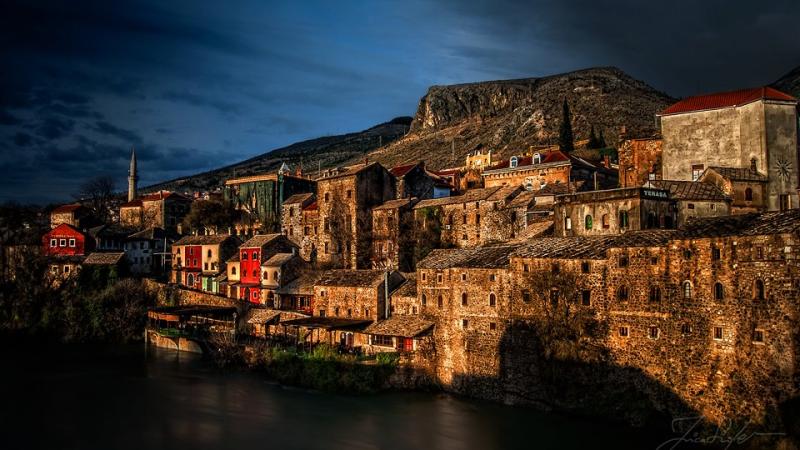 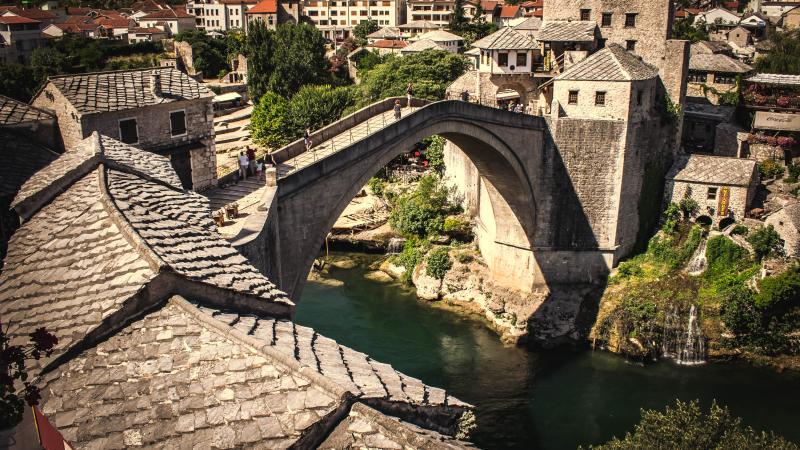 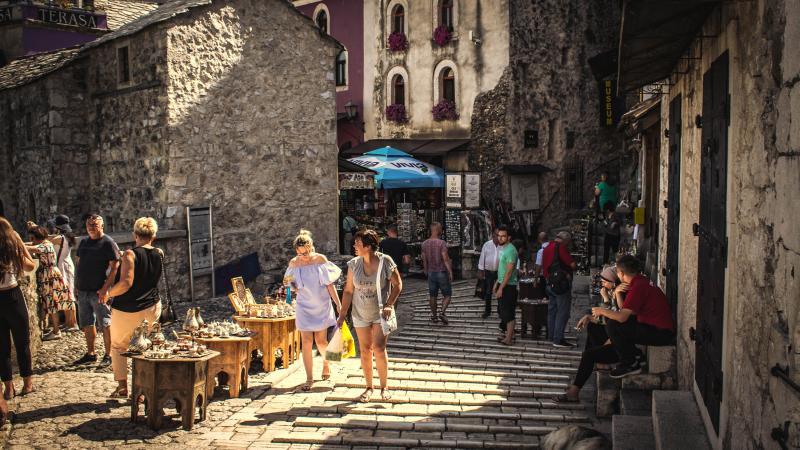 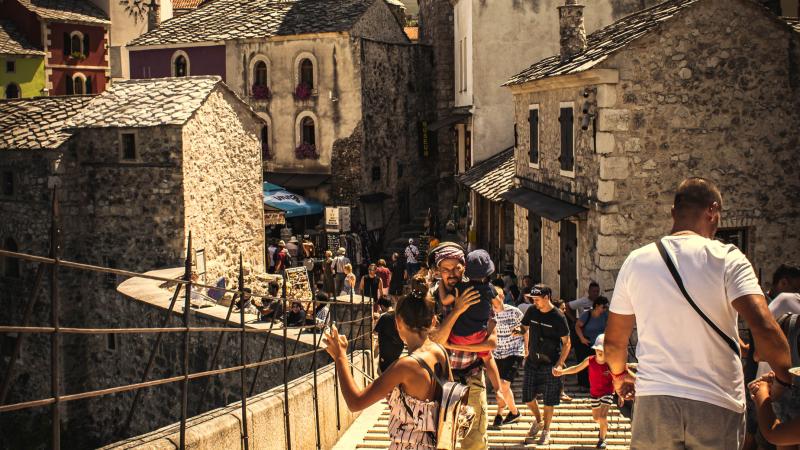 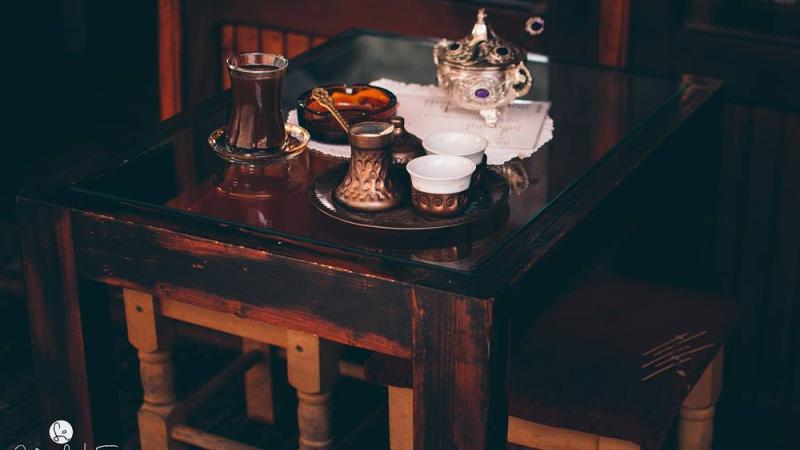 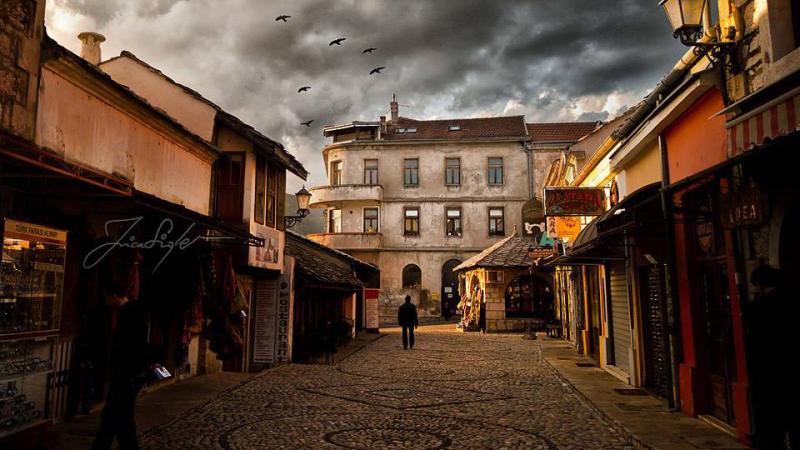 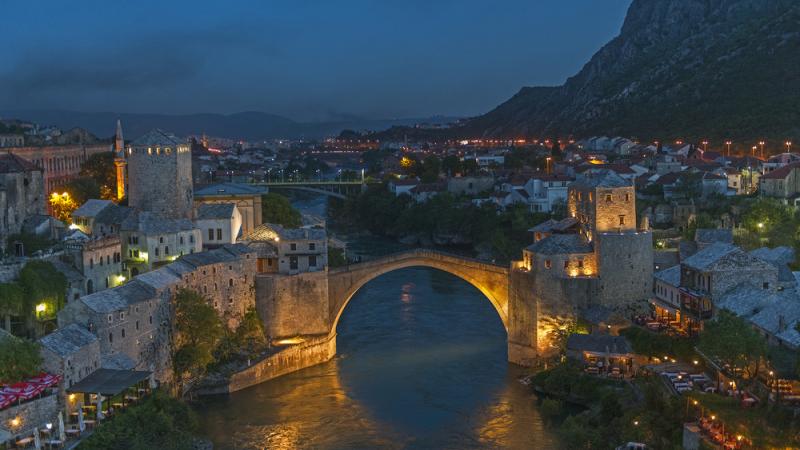 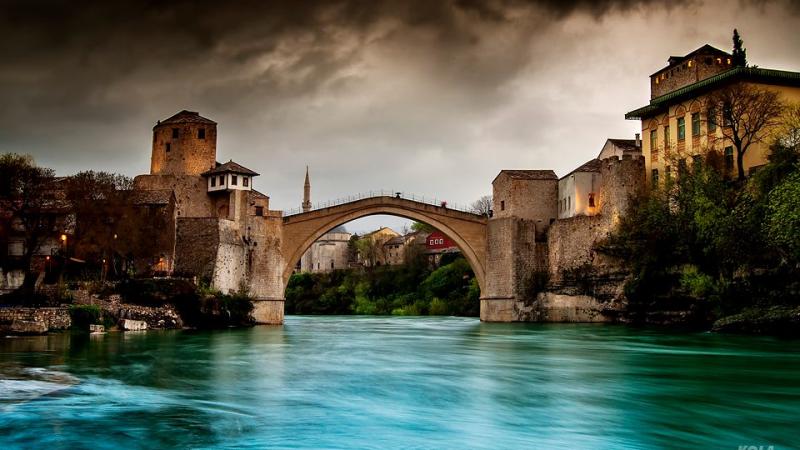 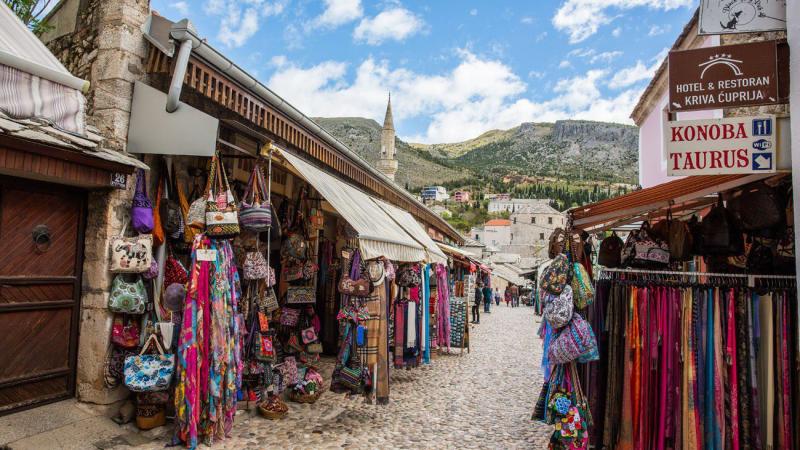 One of the comparative advantages of our Specialized Agencies, and possibly the
defining element, is our ability to introduce you with our country approaches - globally, regionally and at country level.

Day 1 - Sarajevo: You will get a transfer to the 3-star hotel located in the center of the old city of Sarajevo, also popularly called ''Bascarsija''. Check in the hotel and then join a guided tour of Sarajevo by professional local guide. Sarajevo - an open city - is a unique example of traditional human living and settling. The beauty of the city is possible not only with numerous architectural monuments but also in interpretation of synthesis of living harmony and in preservation of varieties, and Sarajevo is such, unique, unrepeatable and united open site, the world city. Previously included also criterion (vi) according to which living tradition makes this city unique and universal.

After the guided tour of the town you will have some free time to enjoy moving around on foot. Ferhadija is a famous pedestrian alley that goes through the heart of town and is always filled, day or night, with pedestrians of all ages.

In the afternoon, you will departure to Mostar and enjoy an extraordinary drive through the most exhibited mountains of Bosnia and Herzegovina and passing by the wild rivers. Next you will arrive at the hotel located in the center of old town for dinner and overnight in Mostar.

Day 2 - Mostar: Breakfast at the hotel. Explore the old town of Mostar by a private local guide. The historic town of Mostar, spanning a deep valley of the Neretva River, developed in the 15th and 16th centuries as an Ottoman frontier town and during the Austro-Hungarian period in the 19th and 20th centuries. Mostar has long been known for its old Turkish houses and Old Bridge, Stari Most, after which it is named. In the 1990 conflict, however, most of the historic town and the Old Bridge, designed by the renowned architect Sinan, were destroyed.

The Old Bridge was recently rebuilt and many of the edifices in the Old Town have been restored or rebuilt with the contribution of an international scientific committee established by UNESCO.

After the guided tour of the town you will have some free time for strolling around, browsing among the many old craft shops. Lunch is at one of the picturesque local restaurants located in the old town. You will have dinner and overnight at the hotel in Mostar.

Day 3 - Blagaj & Pocitelj: Breakfast at the hotel. After a 15-minute drive, you will arrive in Blagaj. The earliest reference to Podblagaj dates from 1447. The settlement was located at the foot of the Blagaj fort, where the road runs down from the fort and intersects with the Nevesinje road. There was too little trade for a commercial centre to emerge.

The mediaeval fortress of Blagaj (Stjepan grad) is constantly referred to in the sources as a distinct territorial entity. It was during the Ottoman period that building activity began to develop in the outskirts of the fortress, with the erection of houses and of public edifices, with the most important buildings located along the three watercourses. Lunch is by the fortress.

Continue towards the historic urban site of Počitelj, located on the left bank of the river Neretva, on the main Mostar to Metković Road, to the south of Mostar, in the territory of Čapljina Municipality.

In the middle ages, Počitelj was the administrative center and center of governance of Dubrava župa (county), and its westernmost point, which gave it major strategic importance. It is supposed that the fortified town and its attendant settlements were built by Bosnia's King Stjepan Tvrtko I in 1383.

The walled town of Počitelj evolved over the period from the sixteenth to the eighteenth centuries. Architecturally, the surviving stone-built parts of the town are a fortified complex. Afternoon, you will departure to Dubrovnik. Check in the hotel in Dubrovnik for dinner and overnight.

Day 4 - Dubrovnik: Breakfast at the hotel. Enjoy a guided tour of Dubrovnik also popularly called The 'Pearl of the Adriatic', situated on the Dalmatian coast, became an important Mediterranean sea power from the 13th century onwards. Although severely damaged by an earthquake in 1667, Dubrovnik managed to preserve its beautiful Gothic, Renaissance and Baroque churches, monasteries, palaces and fountains. Damaged again in the 1990s by armed conflict, it is now the focus of a major restoration program co-ordinated by UNESCO.

Lunch is at a domestic restaurant. Then you will have free time to explore on your own and dinner and overnight.

Day 5 - Montenegro: Departure after breakfast on a beautiful tour through picturesque mountains towards the Bay of Kotor and you then have a guided tour to the city of Kotor and its surrounding territory in the Republic of Montenegro. In the middle ages, this natural harbor on the Adriatic coast in Montenegro was an important artistic and commercial centre with its own famous schools of masonry and iconography. A large number of the monuments (including four Romanesque churches and the town walls) were seriously damaged by the 1979 earthquake but the town has been restored, largely with UNESCO's help. Continue up towards the mountains to visit Cetinje, (which once used to be the center town of the Montenegrin rulers); stroll around in Budva, (the ancient town which is today a lively tourist resort.) Return to Dubrovnik to have dinner and overnight at the hotel.

Day 6 - Departure for your flight back home: Departure for Jablanica and break for lunch in a restaurant known for their famous lamb. Arrival at Sarajevo Airport.

The tour does not include:

A deposit of 100% is usually required to secure a booking.
If you would prefer to pay a partial payment of 25%, that can be arranged upon request.

P.S. We can always adjust your length of pilgrimage at our Shrine of Peace